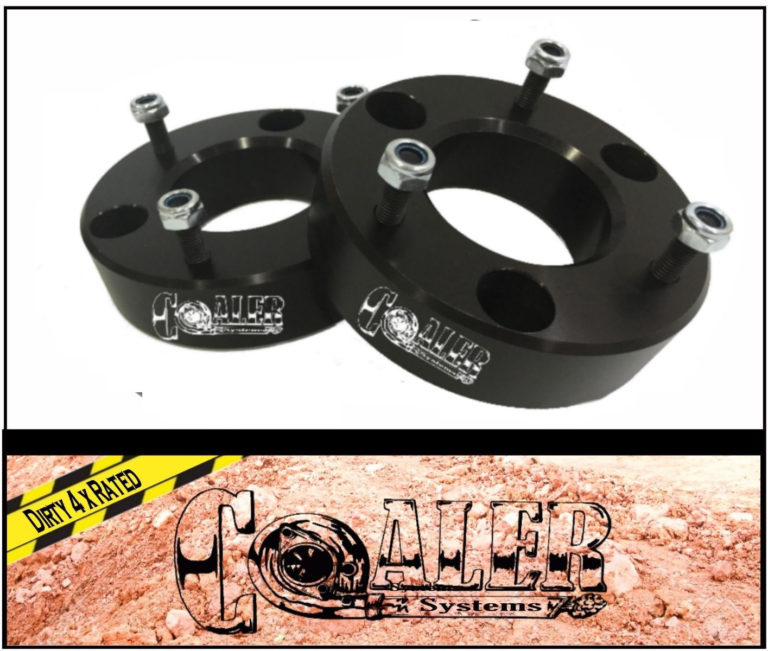 This kit can be installed in little to no time at all. Please be aware that these spacers will raise your truck by a TRUE 2.5

Also, please note the lift spacer thickness and lift is not a 1 to 1 ratio and will NOT equal advertised lift due to the suspension geometry.